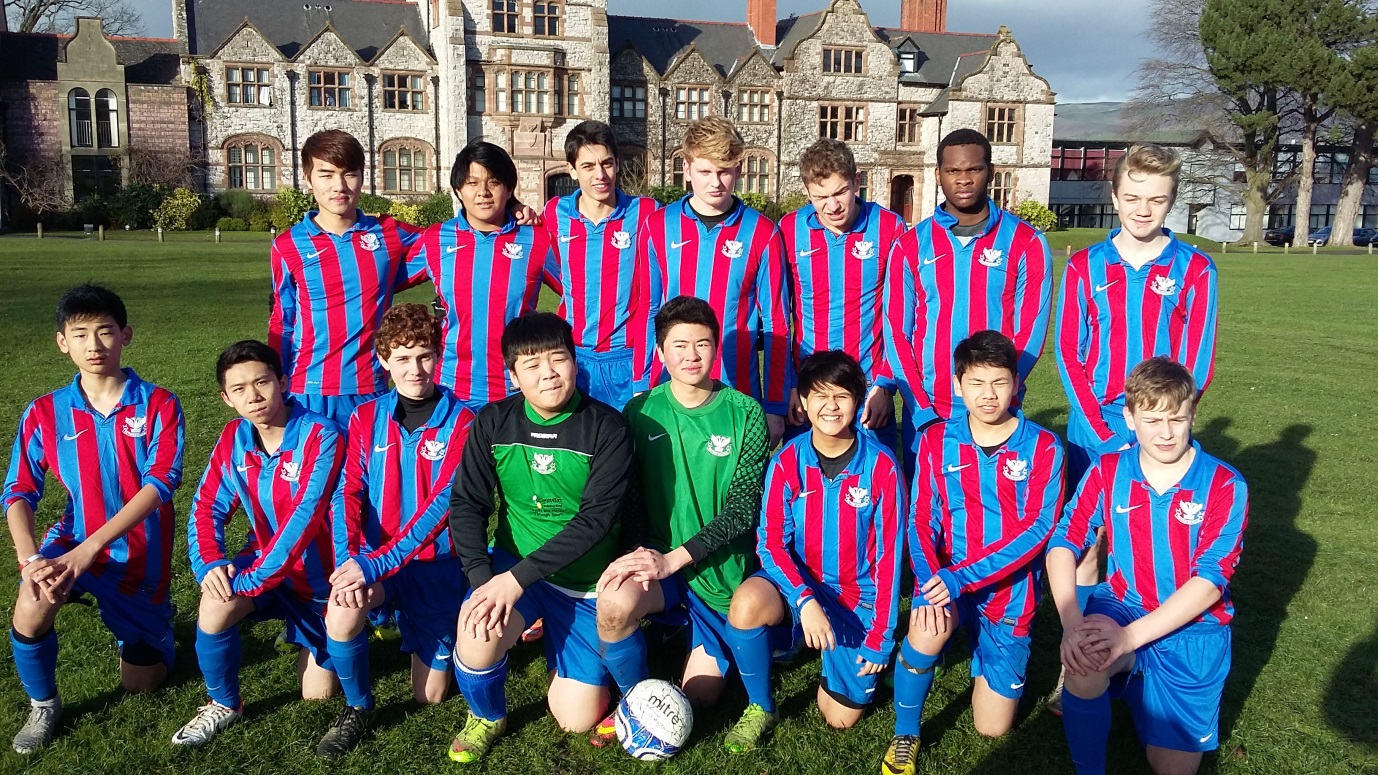 A very different team faced St. David’s in Ruthin’s first home game of the season. With two players injured, Daniel and Samuel made their first team debuts, at centre back and goalkeeper respectively. The substitutes included Sarinya, Qing and Taewoo, under-16s players who moved up to the senior squad for the first time. The new setup, with a back four almost totally new to each other, was tested hard from the off; St. David’s constantly sending long balls through for their strikers to run on to. On multiple occasions, Ruthin were left open, and the occasional healthy dose of luck only delayed the inevitable, St. Davids eventually converting with a powerful volley. Ruthin’s defence were still trying to settle into the first half when St. Davids’s came through again to score, giving Ruthin a mountain to climb. However, the second goal motivated the back four to pull together, and they finally began to communicate well with each other. Arun was sweeping well to guard against St David’s direct attacks, giving Ruthin a platform to attack from. Probing balls along the wings made Ruthin much more threatening. With Jace getting injured early on, Iestyn moved to right back, allowing Taewoo to make his first team debut a little earlier than expected! However he gelled into the team well, despite an early collision with Layide, and the team held on until half time.
The team played much better from the beginning of the second half. The defence gave nothing away, and Ruthin became much more threatening on the attack. The continued attacks from the wings resulted in many more crosses being sent into the St. David’s box, piling all the pressure on them. Ruthin’s persistence eventually paid off and following a goal line scramble Taewoo scored with a diving header on this debut, motivating Ruthin further. St. David’s attempted to push men forward but the defence coped well, maintaining the pressure on the away side. Tom was brought into the game on the right, and showed confidence on the ball and generating many more attacks. Within minutes, he met a cross perfectly with a looped header which sailed into the net – the perfect impact substitution! Ruthin had almost completed an incredible comeback, but neither side could break through to score the winner, despite some extremely tense moments, including a missed sitter by and Mikita following a shot from Olayide just on the final whistle!
All things considered, an excellent game considering the ‘experimental’ squad on the pitch, the players doing well to get used to each other and playing with confidence. Man of the match was Taewoo for a perfect debut, including a well taken goal.