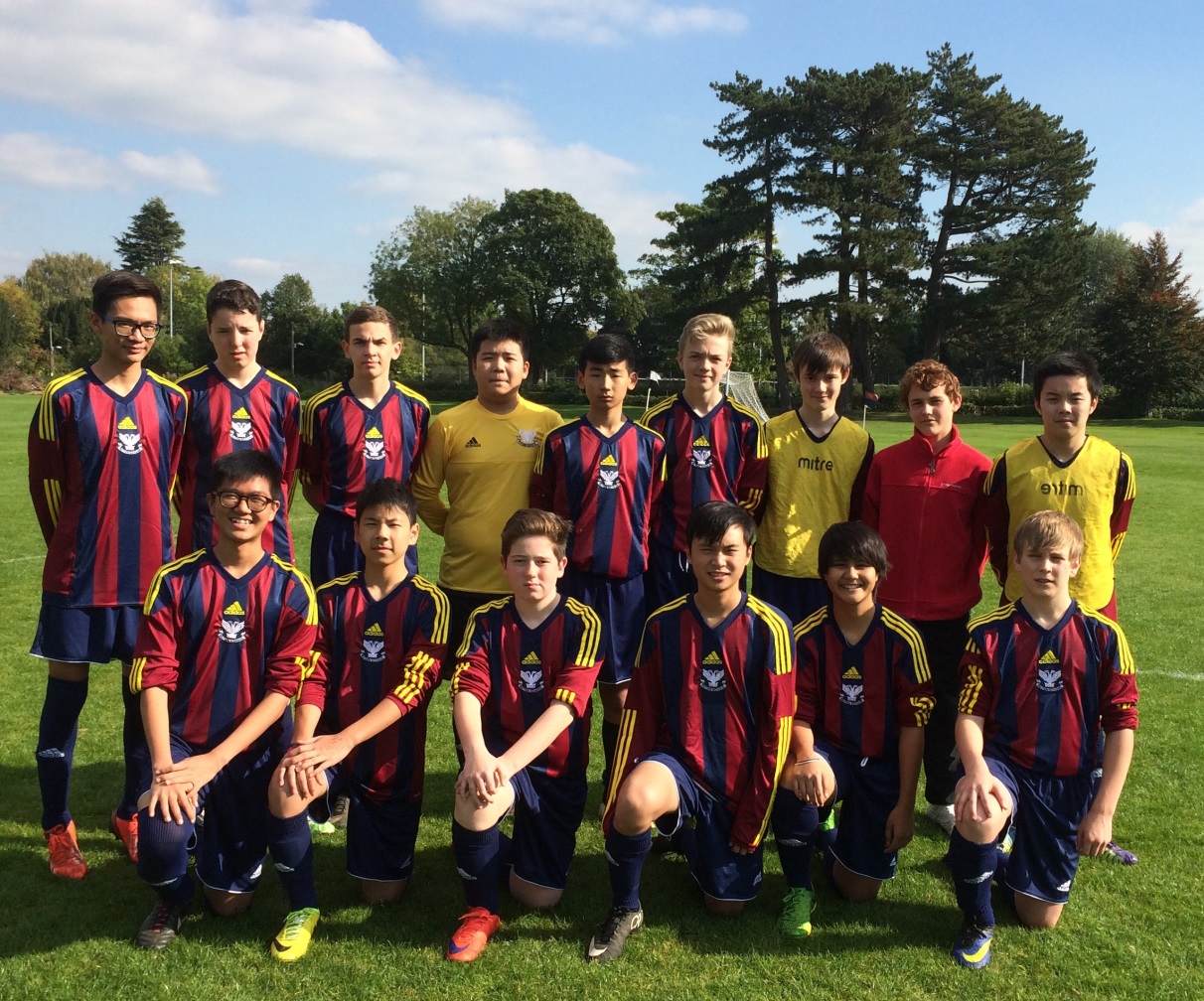 With a 5-1 win to Shrewsbury under their belt, Ruthin entered the game confidently, almost arrogantly. However, a lengthy bus journey saw them sluggish from the off; Shrewsbury's long balls putting the defence under a lot of pressure. One attacker in particular was dangerous, and Ruthin breathed a sigh of relief with every chance defended. Despite the apparent onslaught, Ruthin managed to play well on the counter, despite the boggy conditions, causing players like Arun and Layide to slip over multiple times! Command of the wings thanks to Iestyn and Tom gave Layide and Mikita the service they needed; Layide and Mikita scoring, with one excellent assist from Iestyn. The game was end to end, Shrewsbury battling back hard. Half time could not come soon enough, with the score at 2-1 Ruthin.

Some words of wisdom were definitely needed, and Mr. Rimmer did not disappoint. Ruthin played a higher line, much more comfortable at the back. George and John battled the treacherously wet pitch as well as Shrewsbury to dominate midfield; Ruthin pressing much more. Goals followed, Layide bagging a hat-trick with Chris scoring a skilful solo effort. Despite a spirited comeback from Shrewsbury, Ruthin maintained control, despite the Shrewsbury captain beating Finlay from halfway with a floater that sailed into the net! A full time score of 5-3 was more than satisfactory, after a battle against both Shrewsbury and the sodden pitch! Men of the match went to Layide for an excellent attacker's performance; three goals and an assist and Iestyn for his overall performance !