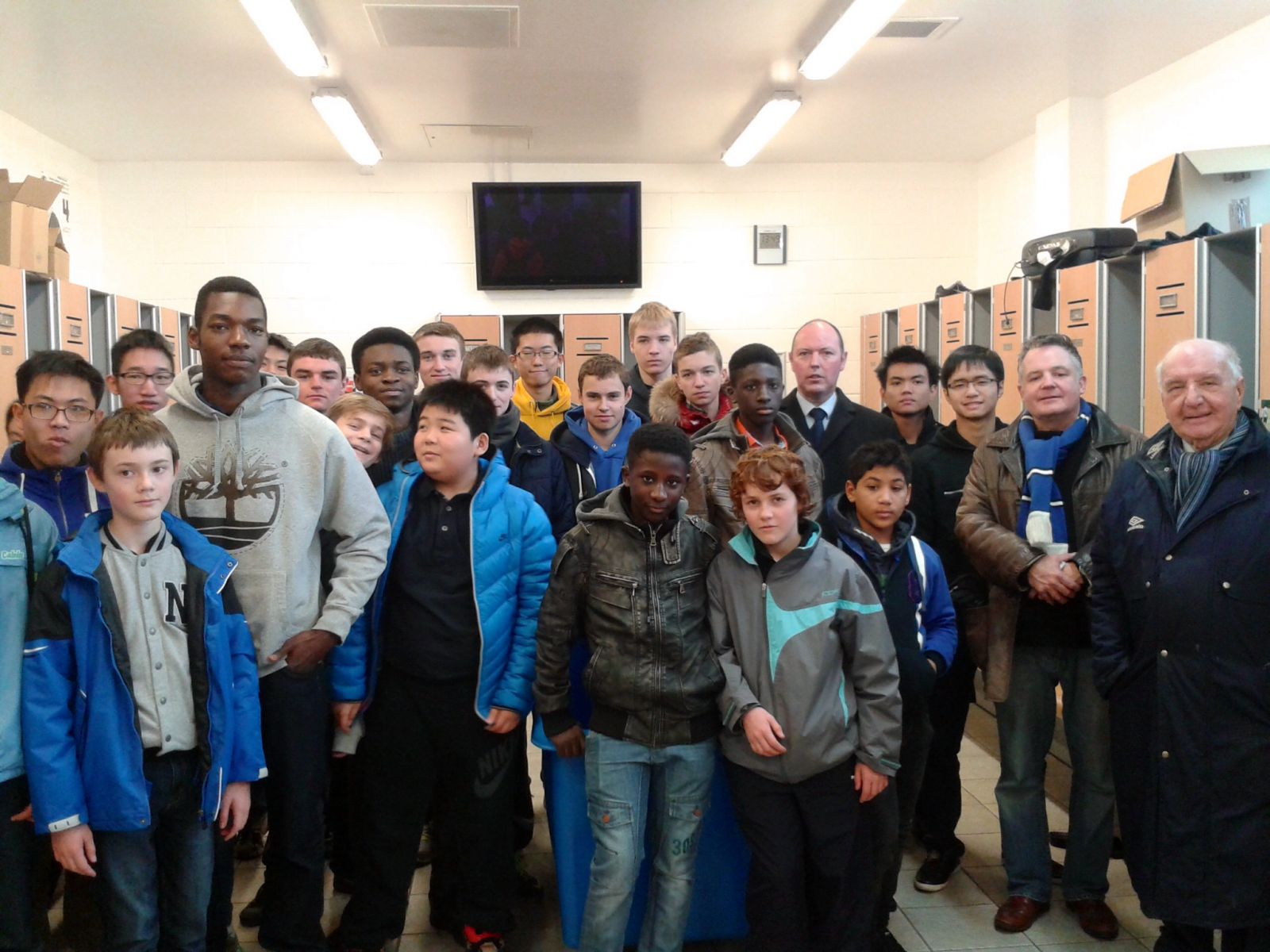 Two minibuses of 28 pupils and 3 teachers embarked on a visit to Everton’s training ground. Mr Keith Tamlin, an Old Ruthinian was our host.  Mr Tamlin is the Vice President of Everton and also the Head of Everton’s Youth Academy.

We were very lucky to see the training facilities and academy where the public do not usually have the chance to visit.  The group saw all aspects of how a premier league football player is trained and looked after from the swimming pool, weight room, canteen and the hydrotherapy area.   We viewed the many outdoor pitches and indoor pitch and also the first team changing rooms. The Everton Under 18s were playing that morning and the two coaches (Duncan Ferguson and Kevin Sheedy) gave their time to speak to us. The two of them are Everton legends who have played over 300 games for Everton and won many league titles and cups.

We then went onto see the match between Everton and Aston Villa which was played in heavy rain and gale force winds. The group witnessed some very good football and a magical free kick by Kevin Mirallas, the Everton forward. The game finished 2-1 to Everton, Mr Rimmer was very happy and Mr Welsby was not!

This was the first visit to a Premier League football ground for many including Amin, Qing, Abdullah, Sam Chan, Oliver, Iestyn, Mikita and Oscar who all are now Evertonians.