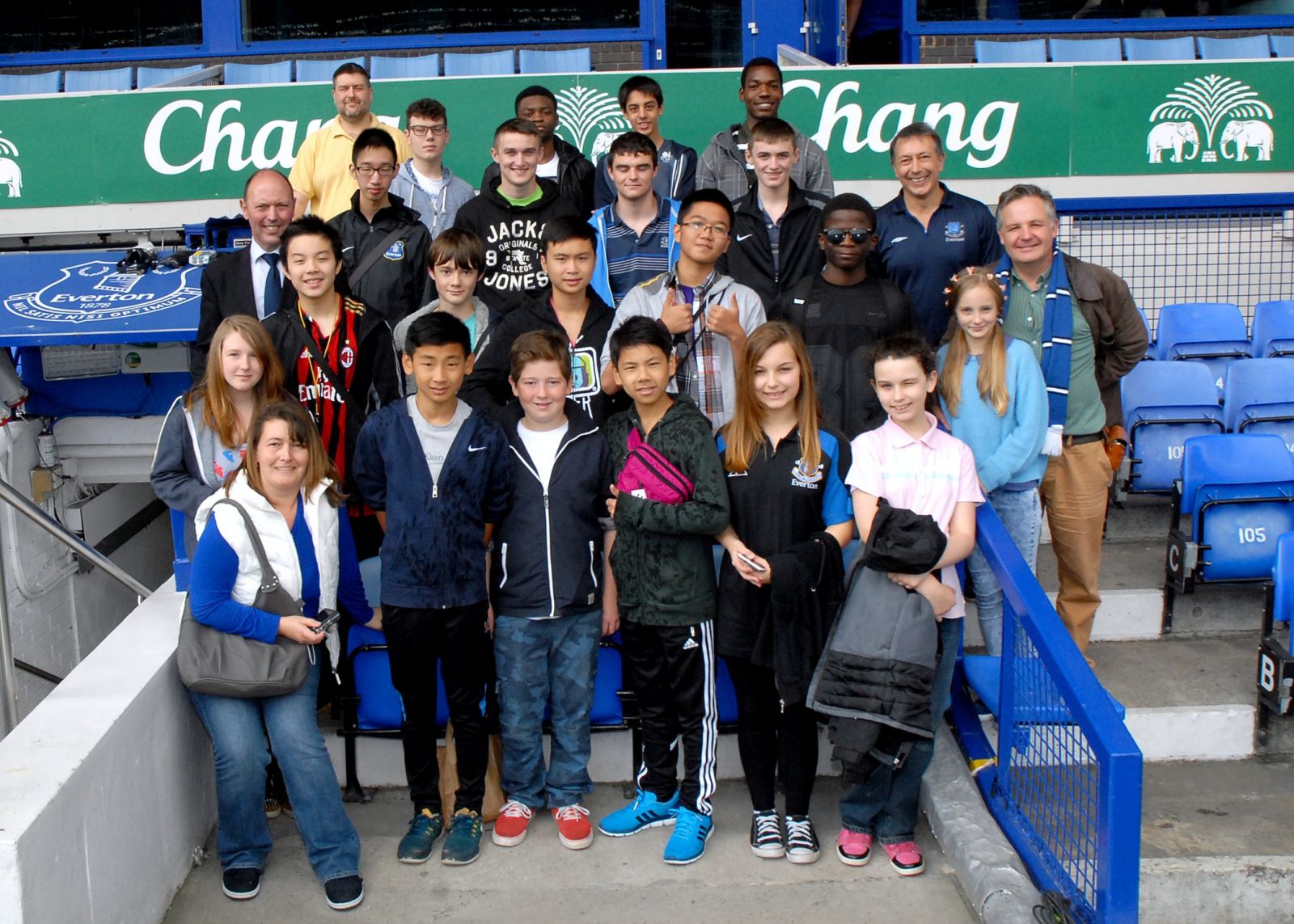 It was a beginning of a new term and the beginning of the new football season which could mean only one thing: a trip to Goodison Park.  Mr Keith Tamlin (Old Ruthinian) now Honouree Vice President of Everton organised a visit into the inner sanctum of the club which is very rare on match days.

Twenty-two students and three adults embarked what turned out to be a very special day.  The group were privileged to visit the changing rooms and be introduced to Duncan Ferguson, the Everton first team coach and legend.  Many pupils asked interesting questions to Duncan and some adults got very excited in meeting him. The group then went down the tunnel and up onto the technical area of the pitch.  We were then given many facts about the ground and its pitch by Mr Tamlin.   Next we witnessed the arrival of the players from the luxury seats of the Director’s box.   Many players gave us a wave and responded to the shouts of the students.

The game itself was very exciting with five goals, even though the final result was not to the liking of the Everton supporters. It was a great experience for many of the students who had never been to watch a top premier league side before. The students were a credit to the school and left a very positive impression on the staff at Everton.