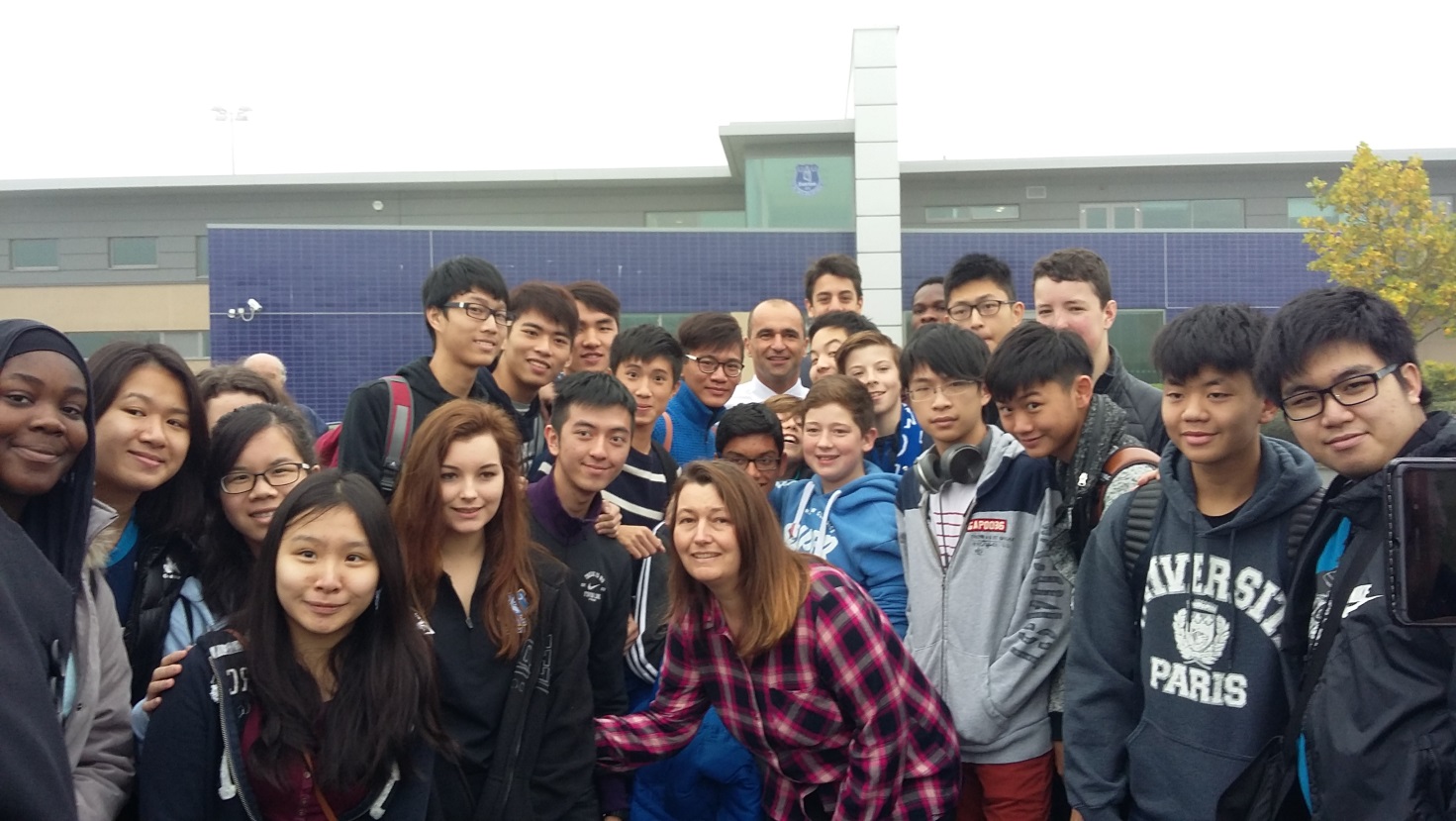 Sunday last, two minibuses of eager Ruthinians crossed the Mersey and were treated to a special visit of the Finch Farm Training Centre, which houses the Everton Academy for aspiring trainee professional footballers – as well as the health and fitness suites and practice ground for the Everton first squad. The state-of-the-art complex opened some six years ago: whilst being very practical and furbished to very high standards, just as at Goodison Park, one senses the homely, family atmosphere which so characterises Everton, club and institution.

Our privileged access is down to the influence of one man, Keith Tamlin OR, (Head Boy 1947-8). As Honorary Lifelong Vice President and former legal advisor to the club, Mr Tamlin has played a very important role in Everton's development and history, and, proud of his roots in North Wales, season after season, entertains us, regaling us with stories and introducing us to famous former players on the stadium corridors of Goodison Park. On Sunday, we were very fortunate: the pupils got their Snapchat pose with Everton Manager, Martinez.

The game between Everton and Sunderland was a great experience. Despite a long list of injuries, the blues played admirably, enjoying most of the possession, leading to beautiful goals from Arouna Kone, Gerard Deulofeu and Romelu Lukaku. Six – Two, final score, the spectators went home singing.

Many thanks to Mr Mark Rimmer for organising the trip and, Old Ruthinian, Mr Keith Tamlin for his hospitality.