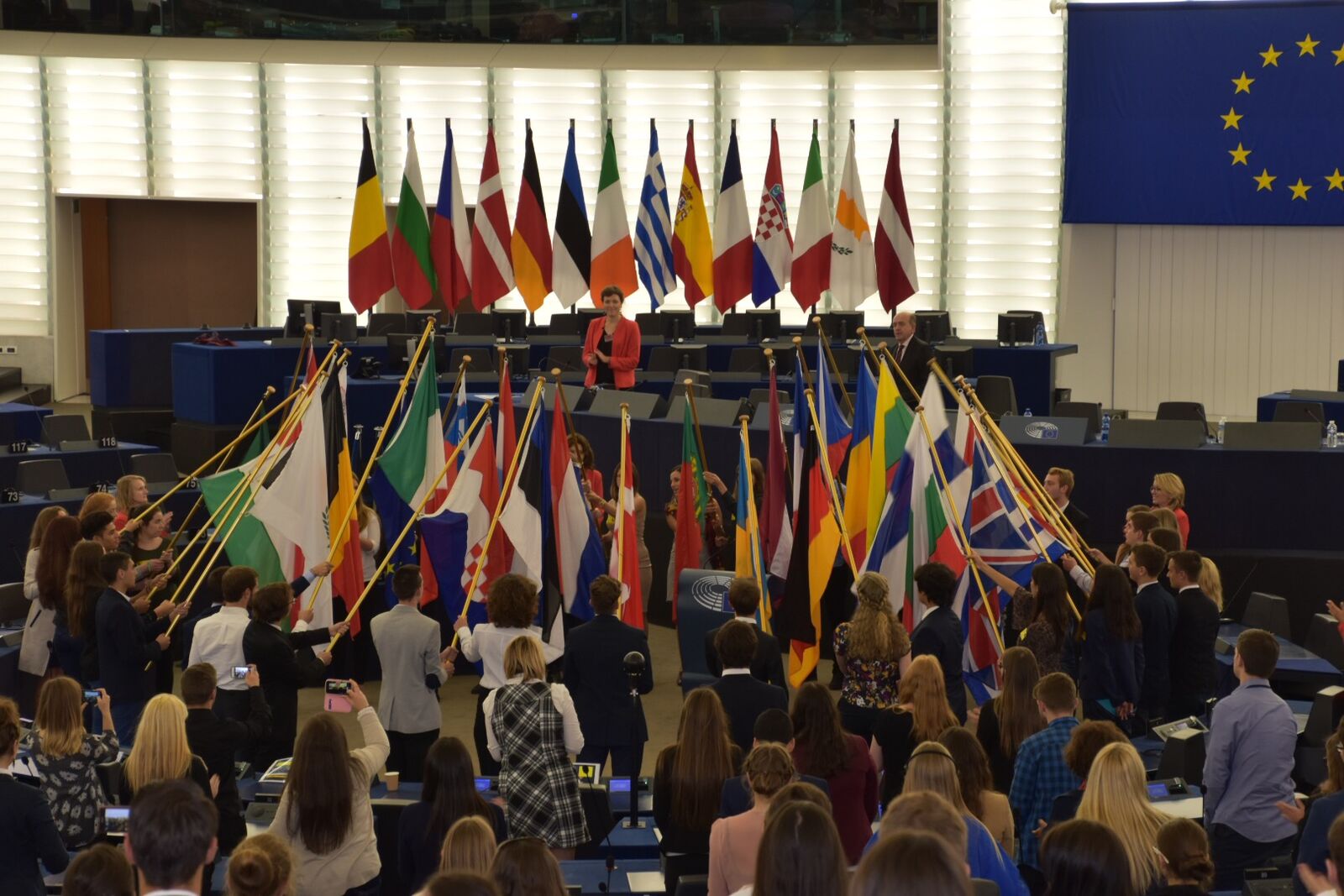 From 8-10 October, 4 Ruthin pupils were lucky enough to participate in a trip to the European Parliament in Strasbourg. Eva, Megan, Rebecca and Emily all won their places on the trip after entering an essay competition asking whether or not they think the UK should remain part of the EU.
The three day trip saw them forming part of a team of 23 sixth form pupils from a range of schools in Denbighshire and Flintshire, who then represented the UK in  a day of workshops and debates in the European Parliament.  In total, 21 nations of the EU were represented, and pupils could speak in one of 5 European languages. They formed multi-national working groups, debating a wide range of issues, from the current refugee crisis and what the EU should do about it, to environmental protection and youth unemployment. The pupils were able to gain a good insight into the purpose, structure, and problems of the EU, as well as having some free time to soak up the sights of the beautiful city of Strasbourg.