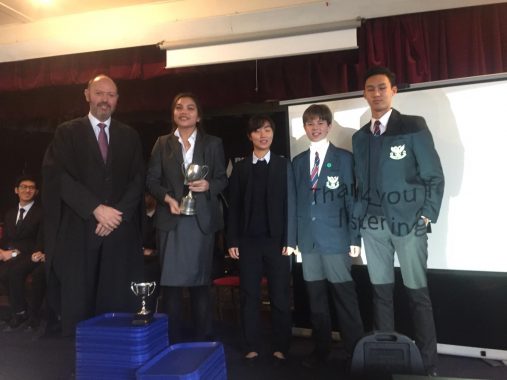 Students from the five houses took part in a competition during Ruthin School’s Open Day to design and build boats which could travel down an 8 metre canal in the shortest amount of time. Teams consisted of four students from different year groups who quickly had to elect a team manager (and produce a hat for the manager to wear!). After this, they were given time to design and test different ideas to ensure that their boat was as fast as possible. They were then given a budget and price list for materials and had to build the boat to their design specification whilst remaining under budget. All teams successfully produced boats which took part but the winning house was Elgar, thanks to a lightweight design with a large surface area. All teams had an enjoyable morning and were fiercely competitive throughout the session. Well done to all involved!