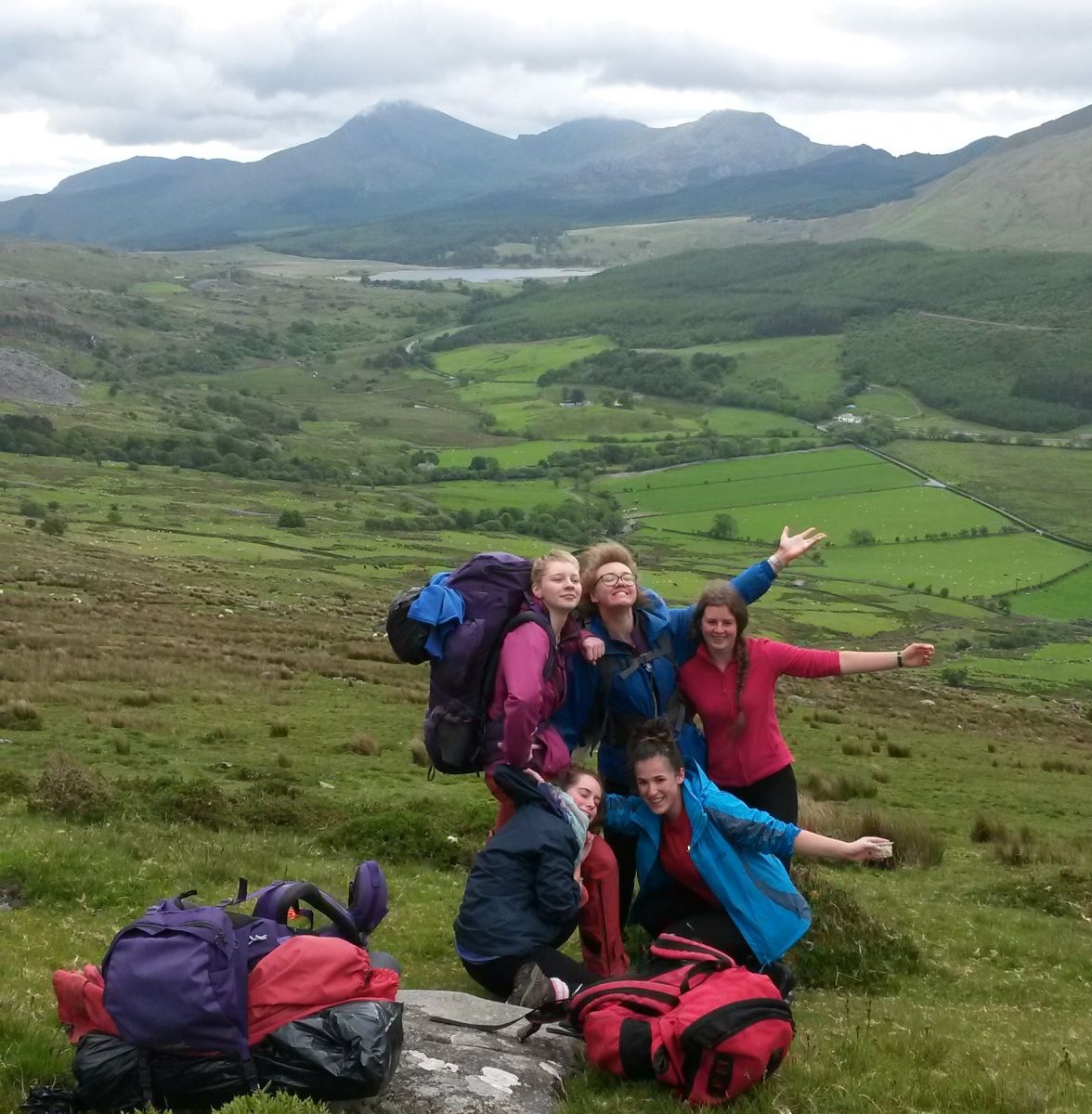 On Saturday morning, 20 students were taken to the remote village of Dowyddelan and were dropped off at the start of their planned routes over the hills. The cohort was divided into four groups; two on the bronze award and two pursuing the silver award. The weather was cold and damp and the first hurdle to overcome was the incessant irritation of midges! The groups set off independently and set about completing their hike. Meanwhile, Dr Hannant drove the minibus around the mountain range to staff the next checkpoint – feeling grateful that he wasn’t stuck outside in the pouring rain! The afternoon was warm and dry and the groups steadily dropped down into Llyn Gwynant campsite. Once the tents were pitched, some of the walkers tried their hand at canoeing and swimming in the lake. Some brave souls were even flipping and diving off of Gwynant’s famous “Elephant Rock”.  It was soon time to get their meals cooked and snuggle up in their tents for a cold and windy night. The next day brought cool weather and the walkers needed to get moving to stay warm. The bronze groups headed towards their goal at Beddgelert, where they would discuss their experiences with the assessor before being brought back to school. The silver groups aborted their planned route up to the summit of Snowdon due to poor weather, in favour of a lower level route. They soon became very lost but managed to find their place on the map when they erroneously ended up in Beddgelert as well! Another chilly night of camping awaited them before their third and final day of walking, which ended in Llanberris. Well done to everybody battled through decidedly unsummery weather! A special mention goes to Sophie, who really impressed the assessors with her maturity and leadership skills.