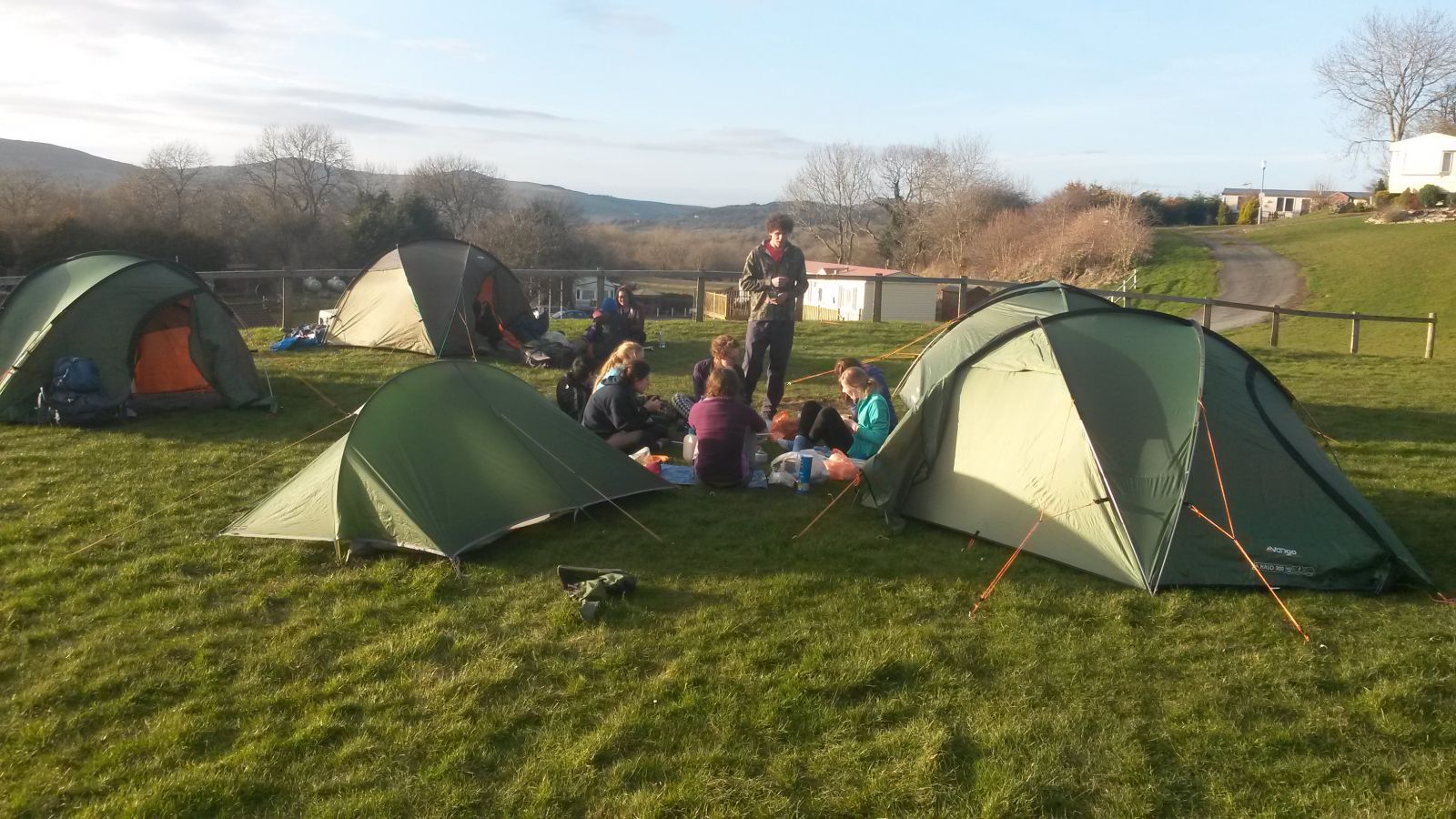 On Friday 27th March, four intrepid groups set off walking in the Clwydian hills with full backpacks to find out if they have what it takes to complete the forthcoming Duke of Edinburgh assessed expedition in June. Each group was accompanied by a guide from our expedition partners in Glan Llyn to help them develop their navigation skills, but it was quickly evident that certain walkers were already very competent with a map and compass. In addition to those who went on expedition last year (Rebecca, Victoria, Arun, Francine, Francesca and Eluned), Sophie quickly established herself as a group leader and gained quick recognition from the guides. Alicia quickly established herself as the “loud one”, but did superbly to keep her group in good spirits.

The weather was kind and everybody reached the campsite in good spirits. Tents were erected, meals were cooked, marshmallows were toasted on the fire and there was plenty of laughing and joking before the teams retired to their tents for the night. Overnight, the weather turned for the worse and the campers were lashed by wind and rain. They emerged from their tents in the morning into pouring rain and packed up their things and continued their walk. The adverse weather meant that they had to deviate slightly from their intended routes but, fortunately, the rain soon abated. The two bronze groups made their way back to school while the two silver groups continued over the Clwydian hills to the next campsite. Blisters and weariness were evident as the groups crashed out in quiet contemplation before putting their tents up and eating the remainder of their food. Before long the strong wind and rain returned, but the exhausted walkers managed to get some sleep. The terrible weather meant that the groups had to abandon their planned hill walk and were asked to navigate up the valley back to school instead. Their tenacity was commendable in such appalling conditions and they all learned a great deal for their summer expedition (when the weather should be far more pleasant!) Well done to everybody who took part!