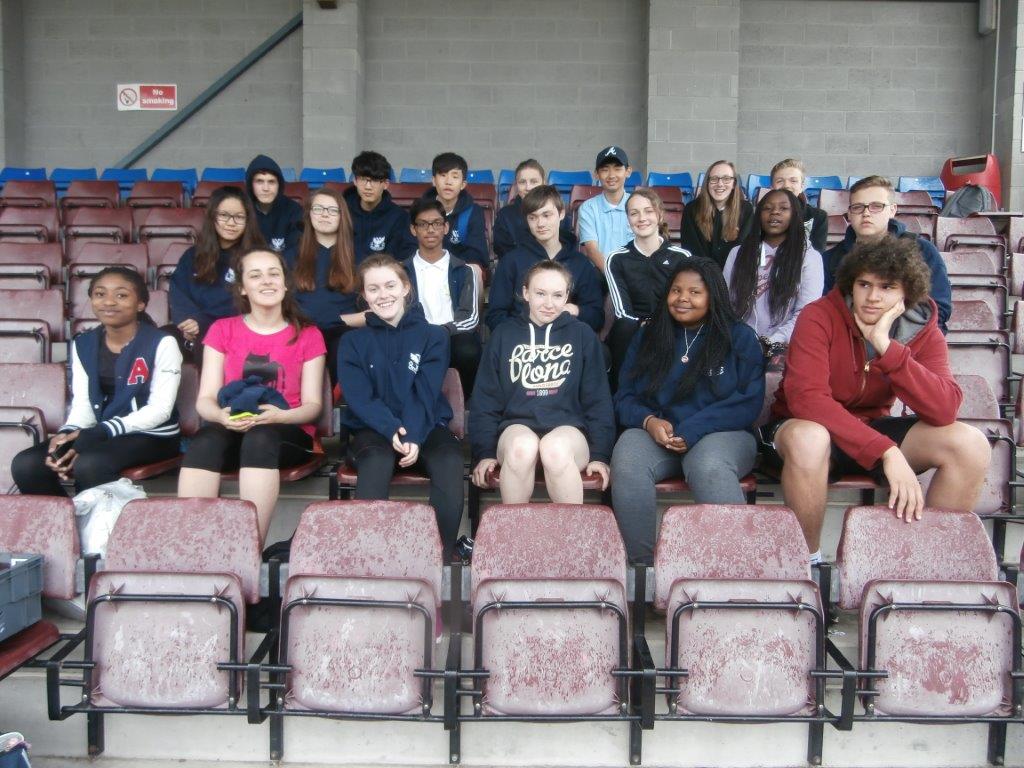 Ruthin School and St Brigid's School were jointly responsible for organising this year's championship. The sun shone as Mr Rimmer, the Championship's announcer called the athletes to their first track event.
Serenna stepped onto the track for the start of the 80m hurdles and won her race. She repeated this result in the 100m with a disciplined technique and took second in the 200m final. Our experienced middle distance athlete, Lauren, headed for the start line with team manager, Dr Fairbank assisting her with pre race preparations. Lauren achieved the same result for both the 800m and 1500m, second place with her club training partner taking first position.
The Middle Girls age group were in 1st place, equal points with Prestatyn the overall winners of the age category, after the track events but despite Ellie, Ariann, Letty and Isobel performing well in the field events we were unable to keep our position.
Our Junior teams were depleted as many of our Form 3 students do not qualify for this category. However, Daniella took fourth in the 100m sprint and Elen improved on her 200m position by achieving a fourth place in the 800m race. Evie and Nitza contributed towards our points tally in the field events with Safi winning the Javelin, achieving a four metre distance between her and the second placed athlete.
Track athletes Ken and Oliver and Javelin thrower Morgan were our Junior Boys Team.
The Middle Boys competed in several track events: Taewoo in the 200m and 800m, Charles the 400m and Tom in the 1500m. On the field Iestyn contributed towards our points tally in the Javelin and Nick produced an impressive distance in the shot put, 4.70m ahead of his rival and breaking his own championship record. Ruthin School continue to hold the shot put Championship records in two age groups, the Middle Boys and Senior Boys, in 200.  His performance in the Discus was outstanding with a field judge running across to the announcer to ask that all spectators look towards the cage. Nick held the Championship record before his first throw and smashed it, five minutes later he threw a PB of 42.97m, beating the second place athlete by 23.17m.