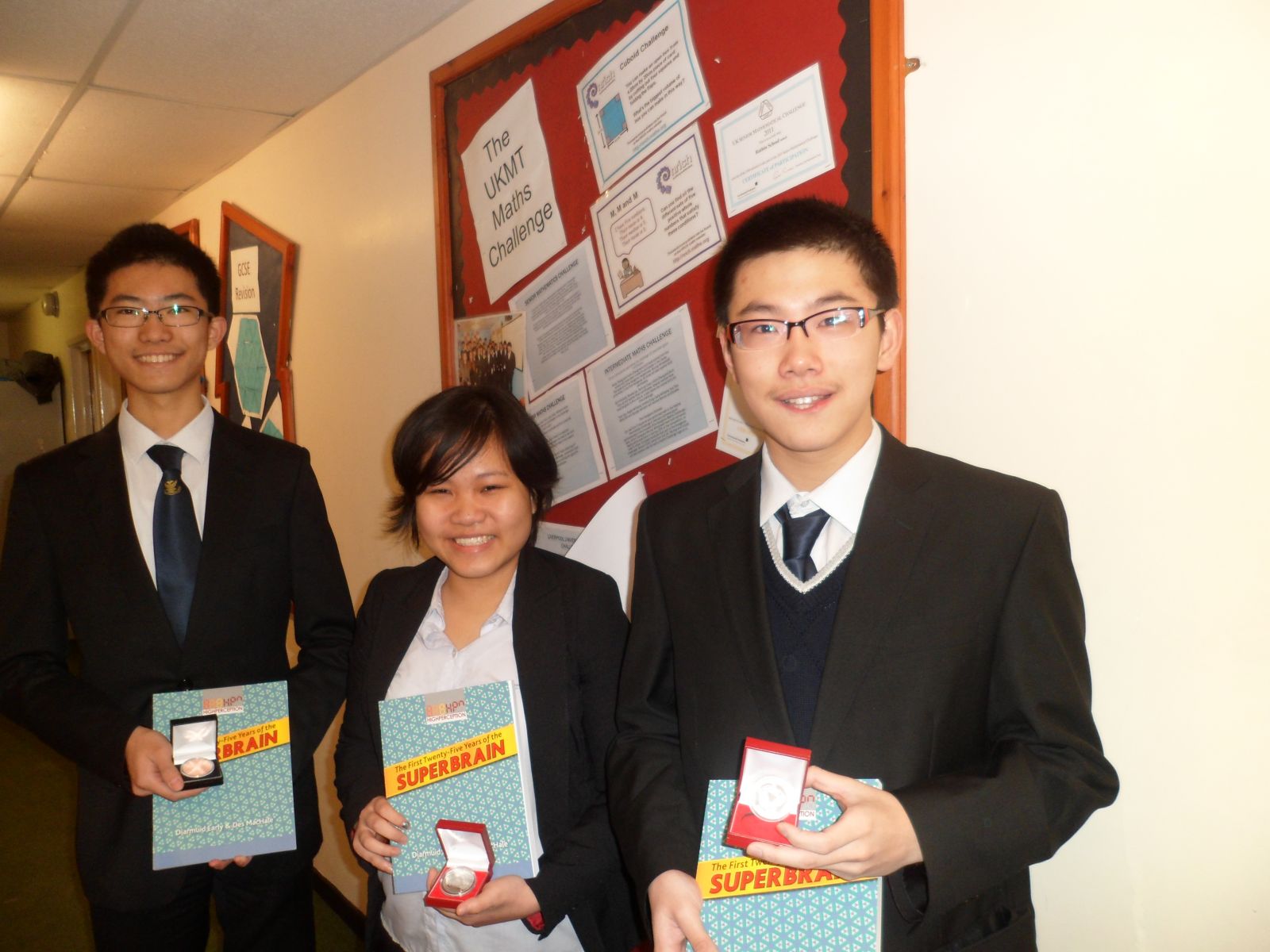 Following on from the success of our students in the UK Senior Maths Challenge 13 of our students attempted the British Mathematical Olympiad Round 1 just before we broke up for the Christmas vacation. In the time away from school we received some exciting news about they had done. 10 of our students obtained Distinctions for their efforts. Only the top 25% of the students who entered obtained this. Stephen Hou did well enough to be awarded a Bronze medal and Arthur Wang and Anh Nguyen both obtained Silver medals. Only the top 100 students gain medals so this is an exceptional performance by all three students. Arthur and Anh’s results put them in the top 50 students. Absolutely outstanding!!!!! In a recent assembly they received their certificates and also picked up their medals and prize in the form of a maths problem text book which I hope they can use to further inmprove their problem solving.
The other seven students to gain distinctions and certificates were Shelley Wang, Duy Than, Yujie Zhang, Jiaqi Liu, Haibo Zhang, Gary Wang and Candy Zhou.
Six of the students have now decided to enter the Round Two of the British Olympiad which is held at the end of January.
This is all great news for our lower sixth students who will find these successes outside the classroom a useful experience to mention when applying to the best universities later this year.