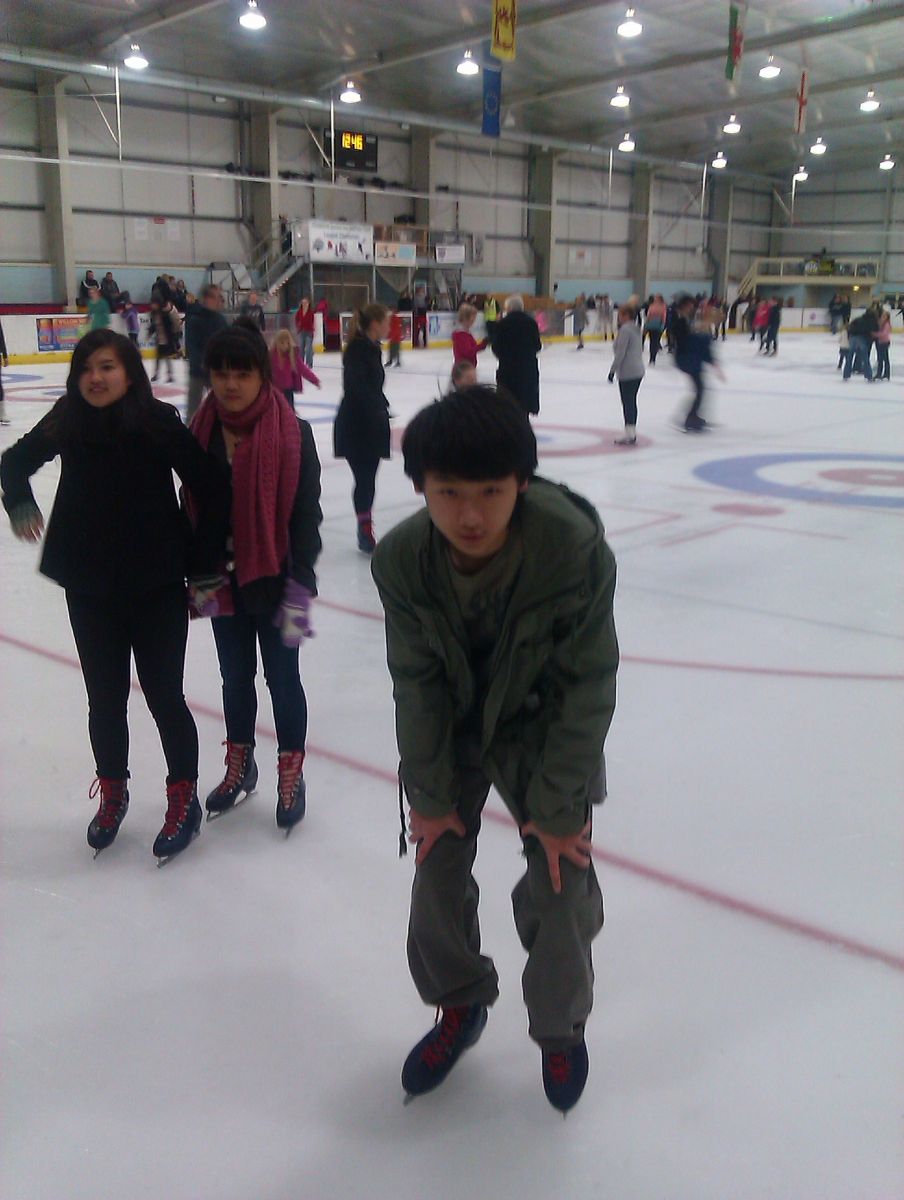 Last Sunday’s organised visit for Boarders was to the Ice Skating Rink at Deeside. Mrs Kenworthy and Mr French took a group of 26 of our boarders, many of which had never skated before.
Once they exchanged their outside shoes for skates, they were off. Some very, very slowly and tentatively!!!!!! Others, more experienced, were able to help the beginners and soon many more were getting used to the ice. Jeremy and Jerry were naturals on the ice and both explained they had learnt to skate very early in their lives.
Back home in China the temperatures can be as low as -20Ã‹Å¡C and many lakes are frozen during the winter months. Thang, from Vietnam, explained that they have very few skating rinks in the country so today’s experience was very new. Thang, as well as many other beginners, looked pretty good after two hours of skating although there had been falls and bumps on the way and much holding on to each other and the side of the rink. We all had a great afternoon and many returned to school with smiles on their faces.
Mr French and Mrs Kenworthy