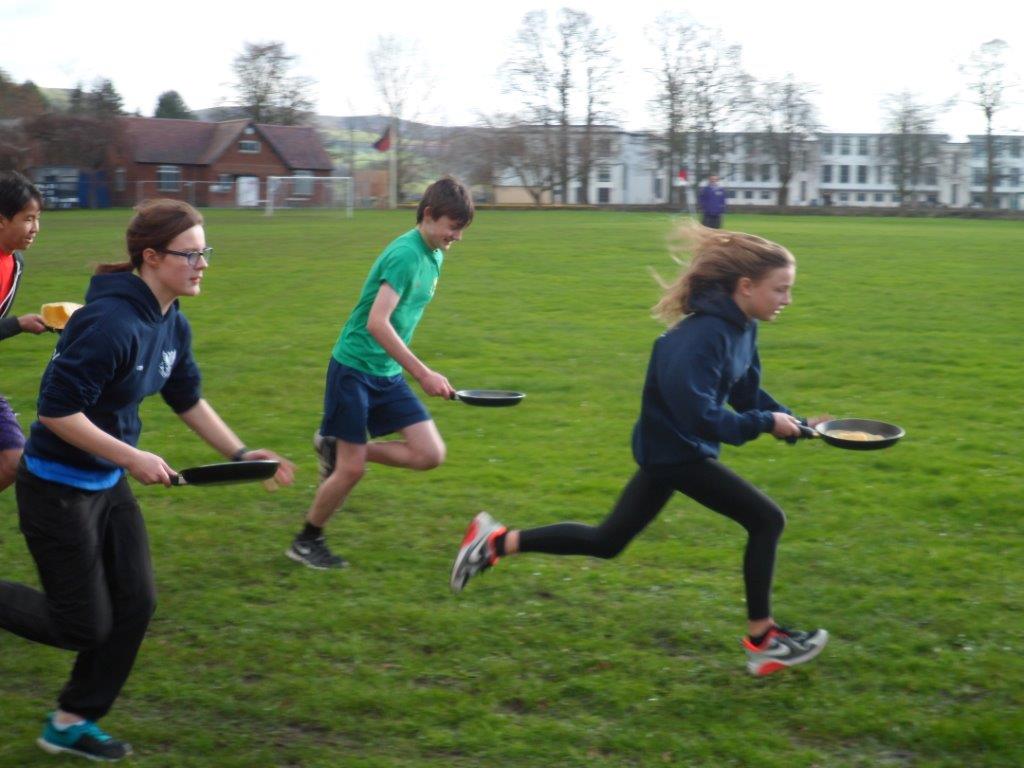 On Shrove Tuesday, Ruthin School held its annual pancake race. Each House had four volunteers from the various year groups who each had to complete a circuit on the field. At designated intervals a pancake was tossed before continuing. Armed with frying pans from the kitchen and a fresh batch of pancakes, the race could begin. Key Stage 3 pupils started the race with the last leg being a participant from Upper Sixth.

It was a very entertaining race, with many pancakes being dropped and pupils being highly competitive. It was a very close finish with a tie between Austen and Brunel, 3rd were Elgar, followed in 4th by Newton. Churchill were disqualified due to not tossing the pancakes!