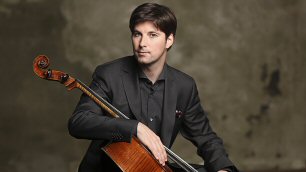 An afternoon of music

A dedicated band of music lovers attended a tremendous afternoon concert in Llandudno on Sunday November 10th. They were treated to two major orchestra works, by one of the leading orchestras in Europe, The BBC National Orchestra of Wales, under the baton of the Conductor Michael Francis, who directed DVOØÁK’s Cello Concerto No 1, with German cellist Daniel Mueller-Schott, being welcomed to the stage to the stage to perform the solo lead in the Cello Concerto in B Minor.

In the second half the stunning programme continued with Tchaikovsky’s Symphony No 6 in B Minor (Pathétique), one of the defining sounds of the romantic period, providing the perfect close to a perfect afternoon.