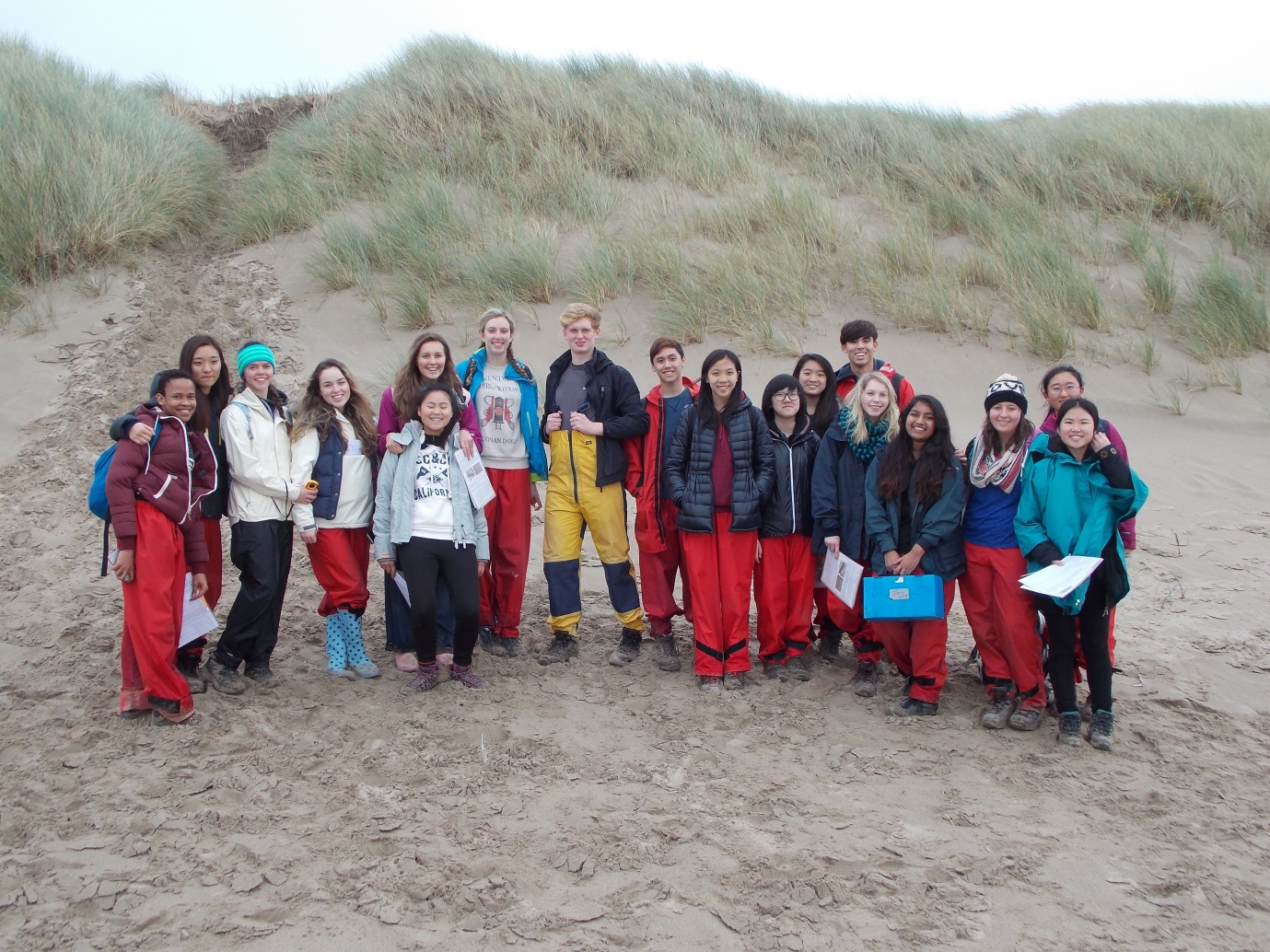 On Wednesday 21st October, the Upper Sixth Biology classes visited the Rhyd-y-Creuau Field Studies Centre in Betws-y-Coed, in order to investigate the process of succession as part of their A-level course. They carried out their fieldwork on the Morfa beach at Harlech, which is a National Nature Reserve within Snowdonia National Park. It shows stages of succession from the high drift line with pioneer species and mobile dunes through to scrub woodland.

They carried out point sampling along a transect and recorded the number of each plant species at 10 different sites stretching from the beach to the woodland. This process allowed them to see how the vegetation had colonised and changed the environment over a period of 400 years. They were also able to see the impact of people and conservation at the site.
Once everyone was kitted out in the colourful waterproofs they enthusiastically carried out the task in the rather damp conditions. Everyone had an enjoyable time on the sand dunes. They were rewarded with fantastic cake on return to the centre and had time to collate their data before tea.